on Feb I was travelled to UK for Startup training program there I have found that in article written in “The Independent” on 10th Feb by Cahal Millmo on dietary advice given to Britons that healthy diet should be limit saturated fat to just a tenth of daily calorie intake , given below was the image snap I took it from my Nexus 5 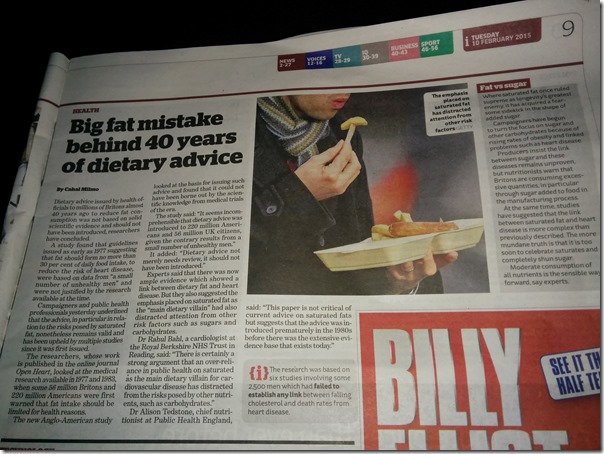 As I was writing earlier here, here and here  about the myth created by academic and industry lobbyist now slowly accepting truth and started publishing accepting thesis. these dietary guideline issued by ADA/ AHA and other parts of the world started followed and now ever reacting over the truth , more over to convince doctors and dietitians about this truth is becoming much harder  since they read / follow their curriculum after all , how do we change this ? please share you guys thought as well.

On sep 19th there was an article written in Times of india news paper about “Diet, Exercise reduce diabetes heart disease by 75% study” as shown below image 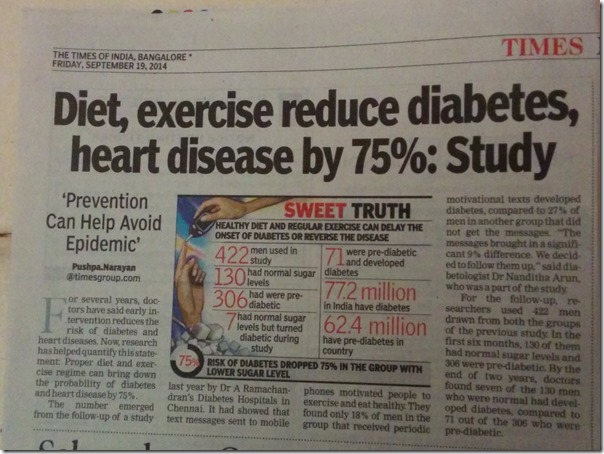 did you guys find any mistakes ?  its not easy to find out though , OK  let me tell you what is there was box with title SWEET TRUTH in that the numbers provided for diabetes and pre-diabetes were wrong i.e. its flipped, the actual number will be as follows

I have contacted the author to correct that mistake at least in online version of it  on that day itself via email but still now I haven’t got any reply from her. why I am bring this here means this case was a typical example of media’s ignorance and dump wrong / unverified information to public , media should be more responsible than ever before.